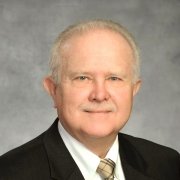 Dissecting and analyzing factors that contribute to crane accidents has been the life work of Jim Wiethorn, Principal Engineer, Crane Group Chairman, and Chairman of Haag Engineering. He recently earned his Ph.D. based on research and data he has collected over the course of his career, which will lay the ground work for new conclusions on how to prevent crane accidents.

He acknowledges: “Accidents are going to happen so let’s try to control them as best we can and keep people educated about safe operation.” His interview with American Cranes and Transport sheds light on some surprising findings, the role crane operator certification may play in future crane operations, and more.

Please see below to read the full article.

Jim Wiethorn’s storied career in the crane industry officially began in 1987, right after he started working for Haag Engineering. 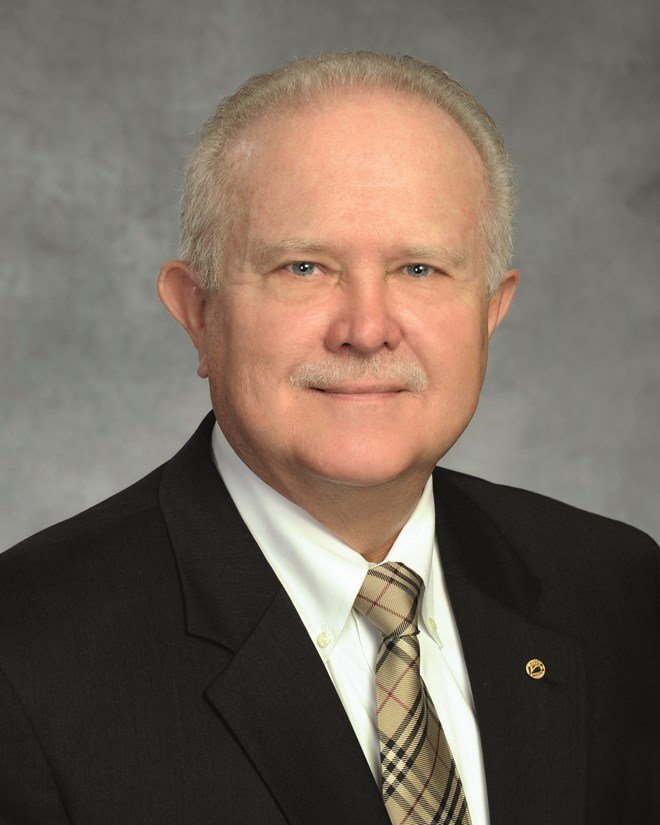 “I think that around 70 percent of the accidents where you have a damaged load or damage to the crane can be solved by geometry.” -Jim Wiethorn, Ph.D., PE, Chairman, Haag Engineering

“Five days after I started a tower crane collapsed in Dallas,” said Wiethorn, Principal Engineer, Crane Group chairman and chairman of Haag Engineering, a failure and damage consulting firm. “That’s when I realized this was what I wanted to do.”

Deconstructing crane accidents to determine what happened and why it happened became his career mission. Today he is the world’s foremost expert in construction failure analysis and damage assessment.

Wiethorn is as engaged in the business of analyzing crane accidents today as he was 30 years ago, and his passion for researching, cataloging and dissecting accidents has led to a wealth of crane industry research that has revealed many important conclusions.

He has used this data to make the crane industry safer, and all the while, he recently earned his Ph.D.

On May 18, 2018 Wiethorn, or should I say Dr. Wiethorn, participated in The University of Texas Cockrell School of Engineering graduation ceremonies. He was honored that he was asked to give the commencement address.

“You’ve probably never attended a graduation where the speaker graduates one week and attends his 50th high school reunion the next week,” he told fellow graduates in his charming southern drawl. 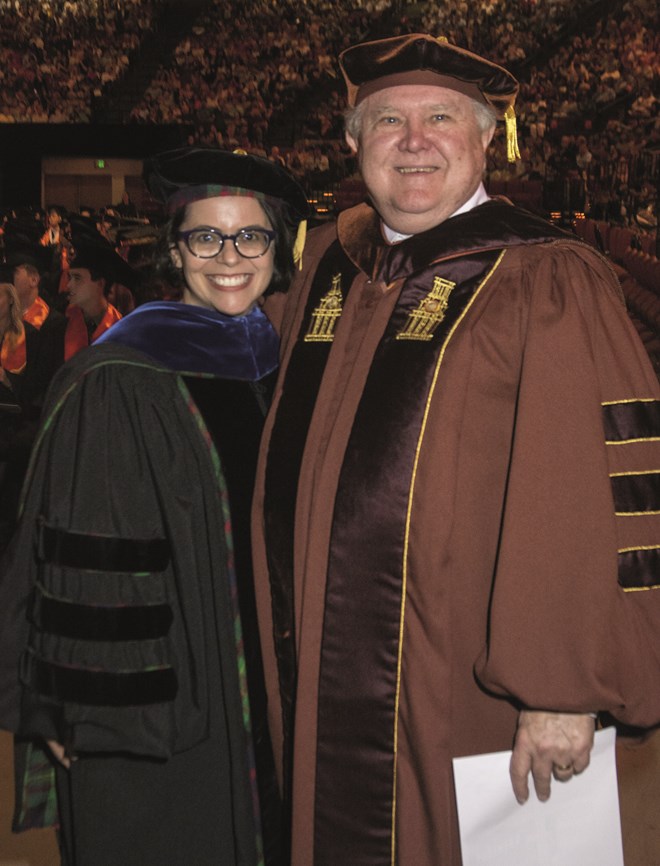 Pictured at his commencement ceremonies, Jim Wiethorn and University of Texas Professor Fernanda Leite, Ph.D., PE, will present “The Hazards of Service Providers” at the SC&RA Crane & Rigging Workshop in September.

Earning a Ph.D. has always been on Wiethorn’s bucket list. He actually started working on his doctorate in 1975, shortly after earning his master’s degree. But then he received a call from his father who, due to health issues, needed his help working for the family’s construction business.

“He hated to ask me to leave school but he had three major projects and he needed my help,” said Wiethorn. “I was happy to go and help.”

He moved back home to Waco, and ironically, for the first nine months he ran a crane on a bank job.

“My dad always wanted me to go back and get my doctorate,” he said. “He made me promise that I would. Through the years I dealt with a lot of professors to validate data and those sorts of things.”

“Everyone kept asking me when I was going to go back and finish my doctorate,” he said. “I realized I didn’t have an excuse.”

Admitting that he is a “pack rat,” Wiethorn had cataloged all of the crane accident data he had gathered through the years. In 2014, he published Crane Accidents: A Study of Causes and Trends to Create a Safer Work Environment. The study chronicled more than 500 crane accidents from 1983 to 2013.

“My direction in this industry has gone from the curiosity of why things break to why can’t we fix this and change it so the people understand why the accident happened and know how to prevent it,” he said. “My next goal was to grow that information to be able to prevent more of these accidents.”

Using the original study and adding data from 500 additional crane accidents, Wiethorn had the basis for his dissertation. Through the process, University of Texas Associate Professor Fernanda Leite, Ph.D., PE, M.ASCE, became his doctoral supervisor. A native of Brazil, she teaches construction safety and conducts research at the Cockrell School of Engineering. She was keenly interested in the data Wiethorn had gathered.

Leite and Wiethorn will be issuing numerous papers based on Wiethorn’s crane accident research.

“When you mix crews or have people who haven’t worked together the odds of an accident happening sky rocket,” he said. “We found out many things that I didn’t know. We are looking at this study as a composite of 10 different categories. We’ve actually plotted out the effects of operator accidents and the introduction of crane operator certification. The statistics start to drop.”

Wiethorn and Leite will discuss many of these conclusions at the SC&RA Crane & Rigging Workshop in Louisville, KY in September. Their presentation is titled “The Hazards of Service Providers.” They will review what contributes to accidents and discuss how to reduce risk.

“We will present information that is very valuable, particularly to those who rent cranes,” Wiethorn said. “There are going to be some surprises and some conclusions the industry isn’t aware of.”

Much of the presentation will center on mixing crews who haven’t worked together, safety talks, pre-lift meetings and miscommunication between crane rental firms and their clients.

I have met with Wiethorn several times since I became editor of ACT. Many times, we’ve reported on his speeches at industry events, and he has been a valuable source for our articles and the industry in general.

For this interview, we talked at length over the phone back in early July, with me peppering him with all sorts of questions. His answers are compelling and interesting beyond measure.

What are the most important conclusions that can be drawn from your research into crane accidents?

Number two, because we are getting into more sophisticated analytics, we could see that there is a lack of interaction between the service providers and crews that go out. The key issue we are running into is that we need to do something about jobsite communications. A lot of accidents would not have happened had there been better communications between the crews and the service providers.

Much of your life’s work has centered on failure analysis and damage assessment. What is it about this work that keeps you engaged?

First of all, it’s my total fascination with cranes. Having grown up in the construction business and having been involved in cranes almost my entire life, I have to say I love this industry. I love the people, I love the machines. My goal was to make the industry safer. When I realized I could really contribute and by seeing the results of my analysis, it made me want to do more. It’s also the people, the crane manufacturers, the crane owners, the lift planners and the people out in the field. We all have a common interest: Improve safety. Reduce accidents. Accidents are going to happen so let’s try to control them as best we can and keep people educated about safe operation. Let’s make sure these workers return home safely every evening.

You have reviewed MORE than 1,067 cases involving crane failures, both nationally and internationally. Whenever a crane failure occurs, what is involved in deconstructing what happened?

I’ve been in over 138 trials and over 400 depositions dealing with crane-related issues. Deconstructing an accident involves a process. Sometimes you use a variation of a process. I think that around 70 percent of the accidents where you have a damaged load or damage to the crane can be solved by geometry. That’s why details and dimensions are so critical. We can use 3D laser scanning and spherical 360 photography to capture the entire site. We can measure very precisely the boom angle, the rope that was out, all of these things.

Dimensions are first and you have to get there early so people aren’t moving things around. Early on there’s a story [that is unfolding].Then you have to look up at the history of what happened leading up to the accident. What were people doing, and what did they say happened?

You start with geometry then you see what everyone was doing. The quick scenario is that you get the dimensions and go through the operational issues and statements. It becomes pretty clear what happened. I still talk about that crane accident on 91st street in New York City. The crane fell one way but the headache ball was on the other side of the tower. Using geometry, you realize that the ball came off before the crane fell.

You found the ball and you knew how far it was from the crane. It paints a really clear picture. The crane was two-blocked. The boom sheave had a very definitive impression created by impact with the headache ball, which proved the crane was two-blocked. You have to follow the dominoes. That’s the great thing about engineering. When you set those dominoes up, one has to fall behind the other. People come up with theories about accidents but I just follow the dominoes. If A hits B, do they have similar impact points? It’s pretty straightforward.

DICA products are proudly Made in the USA, ASME B30.5 compliant and used by operators on all seven continents and 50+ countries around the world.